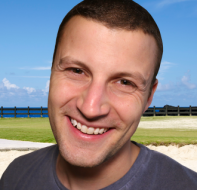 It was a joy to recently interview Dan Rackham. Dan is the man behind the ‘Loved This Christmas’ John Lewis advert re-make in December 2015, which had over 135,000 views online, and was shared at over 500 events last Christmas. He now works as a Digital Content Evangelist under the banner of Go Chatter, whilst living in Liverpool. In his spare time he is into extreme-sports and travelling. We chatted about all things video, including his role with Go Chatter, and how individuals and churches can make the most of video as we seek to engage with our world.
—

– Hey Dan, first-up, have videos always been something you’ve been interested in creating?

No, not at all. I’ve not got a degree in film editing or anything like that! For a while I’ve been interested in Youtube, and found myself following a few prolific vloggers. Then about a year and a half ago, as part of my previous community worker role in Liverpool, I began wondering if there was a way to reach out to folk in the community through video. 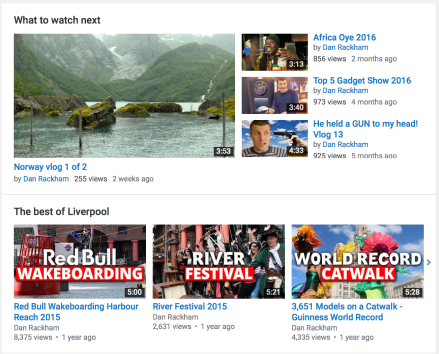 So I tried going to local events, filming & visually documenting them, interviewing those involved, etc, and trying to do all that in fun way. I ended up starting my own Youtube channel and creating a weekly video for over a year.
Some of these videos would be picked up by local press and media, and so I ended up being offered press passes to events, etc. All this was great for getting to know people in the Liverpool community. I also tried to have roughly every fourth video as a bit of a window into the Christian faith, perhaps showcasing an event at church, or something of my own testimony, or a theme I’d be reflecting on.

– So how did that lead to the John Lewis advert re-make?

Well, the John Lewis video was just going to be one of my weekly videos – and then it took off really. Obviously, being a national advert, I realised a re-make had potential for a wider audience than just my local geographical area, but I never thought it would do as well as it did. I think the Youtube video had 135,000 viewings, but more will have seen it through Facebook too – and our website had 35k hits and over 500 churches requested to show the video.

– Tell us a bit about your current role with Go Chatter and how that came about?

A British-based Christian publisher & distributor called 10ofthose had kindly given us some free resources to give-away through the Loved This Christmas website. As they say, one thing led to another and around Easter this year they approached me about this Digital Content Evangelist role. They’d been wanting to develop more short, evangelistic videos – and I hadn’t come across lots of examples of individuals or organisations doing that year-round, so it seemed like an exciting opportunity.

We’ve called the project Go Chatter and the tagline is ‘Gospel Videos to Share & Chat About’ – ultimately the hope is to create video resources that people can ‘go’ and share and then chat about. There’s a great team here to bounce ideas off, and I’m grateful to a bunch of supportive friends who’ve been a fantastic sounding board so far.

– And what would you say to someone who would perhaps question whether creating online videos is an effective use of time and resources?

It’s a good question to ask, and I’m certainly not the sort of person who thinks having a social media presence is suddenly gonna bring mass revival. Personally, I’ve always seen the value of investing in one-to-one relationships. That’s got to be the bread and butter of sharing Jesus and loving people, and so for me being involved in a local church is at the heart of that too.
And yet we’ve got to face up to the reality that so much stuff is consumed on the internet. Sharing online is now just part and parcel of what we all do. And so having really engaging, high-quality content that just gets someone thinking about the Christian faith has got to be a really valuable tool for this aspect of life.

With this sort of project, I think the more people you reach, the more justifiable it becomes. For Loved This Christmas I spent £630 making the video and it took about 4 weeks of my time. I guess if only 100 people had seen the video, you’d perhaps then question whether it was the best use of time and money. Maybe I should have spent the time knocking on my neighbours’ doors, handing out Christmas cards, etc, which is what I’d done the previous year. This year just gone, Loved This Christmas meant I couldn’t do that, and yet I hope that the amount of people who saw the video meant that it was worth it.
Of course, another complication is that making something go viral is an art rather than a science – ultimately there’s no guaranteed formula that we can control. There’s 400 hours of video content uploaded to youtube every minute, and most videos will just be viewed 10 or 15 times. And so promotion and sharing – getting our videos out there, almost is as important as the content of the video. Certainly I don’t want to make videos for a job just because that’s what I get a kick out of.

– What’s your take on how well the Church is making the most of the opportunity of online video? Do you sense that in the UK there’s much going on?

There are others doing similar work – but, as I say, one of the challenges for all of us is getting it out there. Ultimately I’d love my role to be encouraging churches and individuals who are seeking to do a similar thing.

Sure, we’ve done 6 videos so far with Go Chatter, plus there’s a further 3 I’m editing at the moment. A number of churches have got in touch to say they’ve used these videos publicly, which is encouraging.

We did a video for the Queen’s 90th Birthday, which seemed to get a positive response. There’s also one reflecting on some of the instability in our country at the moment, called We Need a Leader.
One of my favourites was filming in Wembley Stadium for our FA Cup Final video. We wanted to do something that people who loved football would really enjoy watching, and so we told the story of the FA Cup final hymn, Abide With Me.
Another video picked up on the popular idea of having a ‘bucket list’. And there’s also an interview with Olympian Debbie Flood, and a video reflecting on the fact we’ve been personally made by a Creator.
I think so far we’ve had enough positive response to know we’re doing something right – the key is to keep doing it and work hard at promotion and get the content more widely known and used.

– Is there any way that the Church can be involved in what you’re doing?

For me this is the most important question. I really don’t want Go Chatter to be my own little project, where I’m coming up with every idea and presenting every video. I want the vision behind this to become a resource which Christians all over the UK are feeding into, as well as using.
Firstly, a simple way to make this a reality is for people to feed in their ideas – get in touch!
Secondly, I’m always eager for people to look over scripts and be a second, third, fourth pair of eyes. I can safely say that every video I’ve done so far has been a much higher quality finished product when it’s had 4 or 5 people looking over a script.
But thirdly I’d love to team up with really creative people all over the UK to create a variety of different videos. For example, say you’re someone who’s written an evangelistic rap that you’ve performed in your local church – perhaps we could think how to film and produce it really nicely so that it’s a national, or even international, resource.
To connect, give me an email: dan [at] 10ofthose.com or get in touch on Twitter. We’re also hoping to launch a Go Chatter website very soon that will offer a collection of really good videos, all embedded in such a way as to help Christians think how they can use each of them.

– In terms of what an individual church could do with video, what would you suggest?

One thing I’d encourage is just to produce a little 2-minute video showcasing your church – this could be displayed on your front page or on your Facebook page. I think video has potential to communicate so much more than text or even photos. When people see you’re a bunch of fairly normal people, that’s massively helpful!
I’d also say resist making them too professional – lots of Youtube content isn’t the most professional out there. The latest smartphones will give incredible quality footage anyway. Go for genuine and authentic.
In terms of using video in churches, I think it’s a great idea but don’t make it the be all and end all or do it just for the sake of it. Beginning a church service with a video occasionally, perhaps to raise an issue, etc, can be helpful.

– Dan, thanks for your time. Before we go, the question I’m sure many people will be asking: can we expect to see another John Lewis mock-up from you this Christmas?! 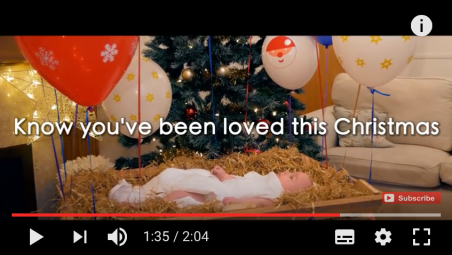 Ha! Well, I hope so! I’m actually working on 2 Christmas videos at the moment: one an animation and another featuring a children’s nativity. I know that John Lewis tend to release their advert mid-November – so last year it was a bit of a mad dash to get our version out there asap – but if we think it’s got legs and lends itself to a thoughtful Christian re-make, then yes, we’ll probably give it a go!
—

You can catch Dan at the Premier Digital Conference on Saturday 12th November 2016, where he’ll be leading a seminar on using video as part of the conference’s overall theme of ‘Reach’.