You worship a sheep?!

The concept of a God being worshipped for dying on a cross has always been mocked. In our Growth Groups this year we’ve been journeying through 1 Corinthians, and there Paul begins by acknowledging that the world will always see the ‘word of the cross’ as foolishness and weakness, whether it be looking for religious signs or philosophical wisdom. This derision is infamously played out in a piece of graffiti discovered from first-century Rome. The artist, seemingly intent on making a mockery of Christianity, has scratched out a man bowing down to a man with a horse’s head, hung on a cross, with the caption, ‘Alexamenos worships [his] God’. The implication couldn’t be clearer: these Christians are utter fools.

I was reminded of this when I read Revelation chapter 5 this morning. In the previous chapter John had been shown a vision of a magnificent heavenly throneroom, containing no less than God himself. Perhaps unsurprisingly around the throne are many who are praising ‘the Lord God Almighty’ (4:8) because, we are told, it is He who is alone the Creator of ‘all things’ (4:11).

But in chapter 5, we’re introduced to a new character, and it’s one of those passages where over-familiarity can mean we rush over the shock of the content. Suddenly John sees ‘a Lamb standing, as though it had been slain’ (5:6). Isn’t that a bit of a surprise when you stop and think? There in the middle of this glorious throne-room, with all its brilliance and splendour, is a dead sheep. What’s more it’s not bleating and running around like… a lamb. No, this Lamb steps up to do what no one else ‘in heaven or on earth or under the earth’ could do (5:3): open the scroll (5:7; Ez 2:9,10). In the context of Revelation, that’s one pretty special sheep. END_OF_DOCUMENT_TOKEN_TO_BE_REPLACED 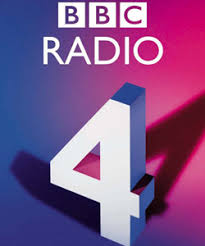 Fascinating programme on Radio 4 this morning, here; Anna Scott Brown bringing us the tale of identical twin sisters, one who has become a Christian, the other a Muslim, and how they are dealing with the terminal illness and imminent death of their (initially atheist) mother.

Its striking first because it cuts through the mushed-together presentation of religion that we so often get in the media; two sisters clear on the ‘fundamental differences’ between what they believe, so much so that they have each chosen in their will that the other will not look after their child in the case of each of their deaths.
Second, the huge difference that therefore follows in the assurance each of them holds. The near death of their mother is clearly focusing the issues. The Muslim sister is clear that ‘Muslims will never say anyone is saved, it’s between God and our hearts… and on the day of judgment God will judge and he is just.’ Whereas the Christian sister is humbly confident, ‘I believe I will go to heaven, and I want that for my Mum, but I don’t know if she will, and that’s really hard.’ She goes on, essentially trusting that ‘God has already made it better between you and God.’
And then thirdly, striking in the emotional trauma of a family going through suffering together. Close to her death the mother has a ‘religious experience’, believing she has met God, and bringing about a visible turnaround in her beliefs about life. Interestingly the Muslim sister is clear that this experience essentially hasn’t been about Jesus and so shouldn’t be classed as a ‘Christian experience’. Credit to Radio 4 for bringing us real life stories that do highlight the differences between Christianity and Islam and for not portraying either as religious wackos.